Shona is back today for her final post as our Featured Designer and she's sharing some of her out-of-the-box CASology creations!

As this my final post, I thought I would look back at some of my more ‘weird’ CASology entries, ones where I pushed the ‘Code Word’ to the absolute limit!! Whenever I see the word of the week, I go straight to Google and look up the meaning of it, as there are sometimes meanings I have never heard of. This will sometimes send me off to a completely odd idea that I hope people will understand???

For my first card the Code Word was ‘Splatter’ and being a horror movie buff the first thing that came into my mind was ‘blood splatter’: 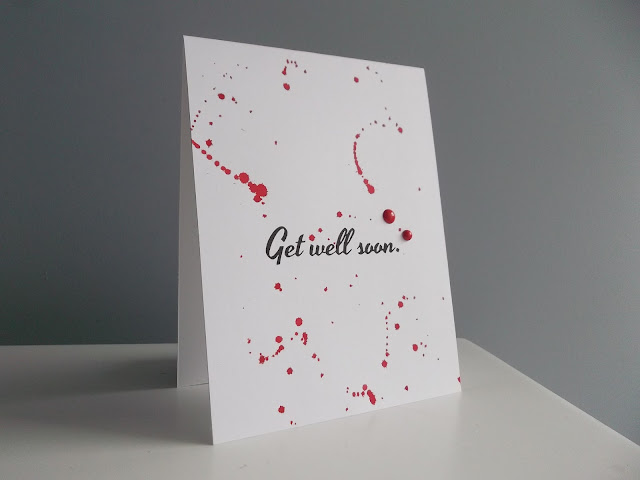 It took a while to work out how to do the blood. I only had one red ink pad so mixed it with water and splattered away on the card front. I received so many comments from people about my card, most people were grossed out but loved it at the same time. I still haven’t used that card for anyone yet but you never know…..

For this second card the Code Word was ‘Sea’ and I got a little ‘Jaw’s inspired: 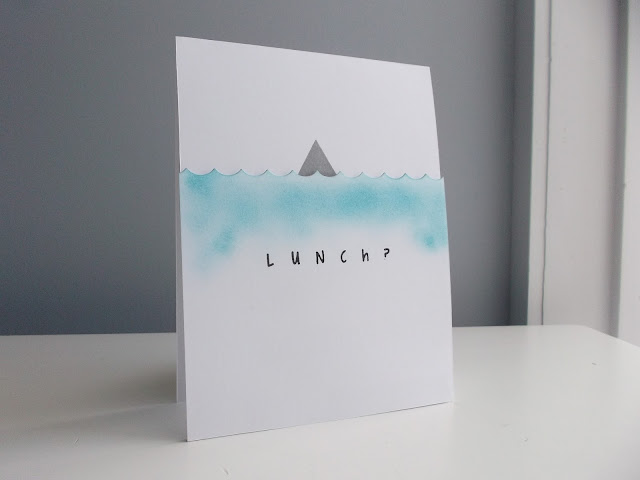 This is one of my all-time favourites as I loved how I was able to capture the idea of an invitation for lunch with the possibility of getting eaten by a shark. This was back in Nov 2014 and my colouring skills were pretty shocking but it still always makes me smile when I see it!!

For my last card the Code Word was ‘Eat’ and as it was getting close to Xmas I was using this Gingerbread stamp quite a bit, so of course only mind weird and wonderful mind would turn him into a Get Well Soon card: 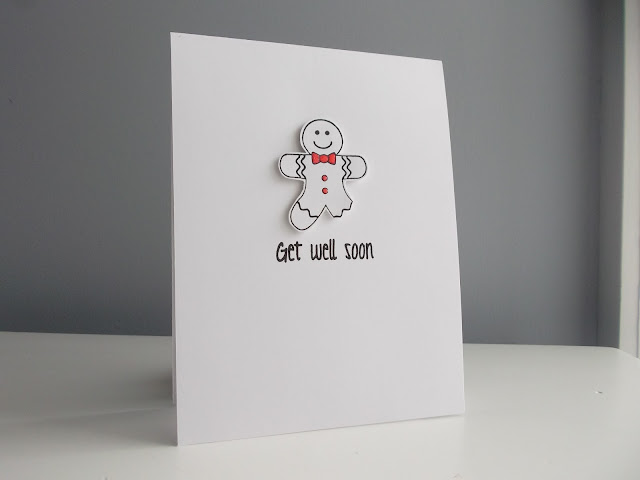 I had to stamp him out and then try to make it look like his leg had been bitten off. I felt so bad doing it, strange I know but I thought it made for such a funny card and whats better than making people smile or laugh!!

Over on my blog I have a few more of my ‘stranger’ CASology entries and also show you my most popular card on my blog ever. Thank you so much for making me feel so welcome on the CASology blog and thanks again to Melissa for inviting me to share a bit more about myself with everyone. I’ve had an absolute blast and can’t wait to see who the next Featured Designer will be!!

Thanks so much for sharing your talent with us the past four weeks, Shona!  It's been wonderful getting to know you better and to see your design work in the spotlight!
Posted by Melissa on Friday, May 13, 2016 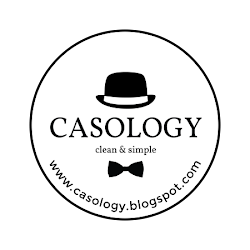 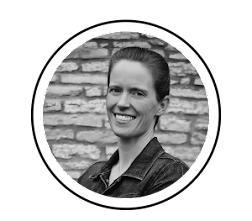 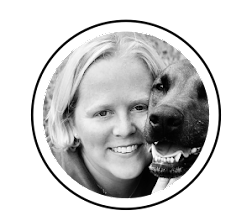 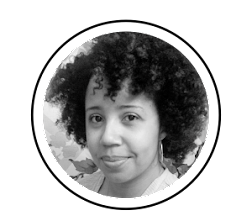 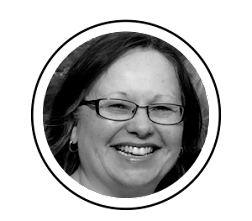 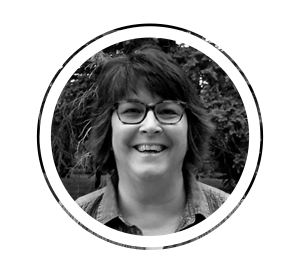 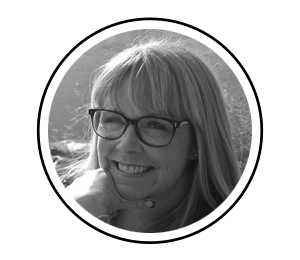 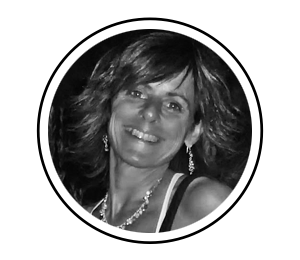 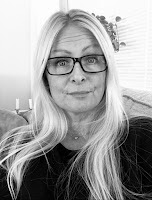